Plaster has been used historically as both an interior and exterior surface finish for hundreds of years. In the United States, two specific materials have been commonly used for historic plaster work, lime and gypsum. It is important to understand the difference between the types of plaster and their manner of installation when renovating or maintaining your home. Both materials have been used for flat plaster walls and also decorative plaster elements in buildings.

Lime plaster can be applied either directly to a substrate or surface of solid structure, or suspended on lath. In New Orleans, lime plaster would be applied in layers directly on to brick walls, both as interior finish and an exterior finish. The plaster would stay attached to the underlying surface via suction adhesion. Not only did the plaster produce a smooth finished surface, it also helped protect the soft locally produced brick from weathering and damage. Such plaster surfaces could then be coated with pigmented lime wash or paint. Numerous buildings in the Vieux Carr possess facades with brightly painted plaster-on-brick walls as examples of exterior plaster.

Three forms of lath were used with both kinds of plaster: wood lath, metal lath, and rock lath. Wood lath, the most common form of lath seen in nineteenth century buildings in New Orleans, consists of thin strips of wood attached directly to a wood frame or onto battens attached the frame or masonry surface. Narrow gaps between each lath allow plaster to press between them to form “keys” that hold the plaster surface in place. Metal lath consists of metal mesh through which the plaster forms its keys. Rock lath gypsum wall board designed to take a plaster finish; earlier forms of rock lath have holes for the formation of the plaster keys, while later forms had a flat surface embedded with gypsum crystals to allow a crystalline rather than mechanical bond with gypsum plaster.

Plaster is applied in layers, most commonly three, to produce a stable finished surface. With lime plaster, lime putty, sand, fiber, and water would be mixed for the “course stuff”, and applied in two layers, the “scratch coat” that forms the keys and the middle “brown coat.” The first layer, known as “scratch coat” forms the keys or adheres to the application surface. The last coat, or “setting stuff”, contained a higher proportion of lime putty to sand, water, and no fiber to produce a smooth white surface finish that would be smoothed flat with a trowel. Occasionally the final coat would have pigments, especially for exterior applications, or agents that would accelerate setting, such as plaster of Paris. 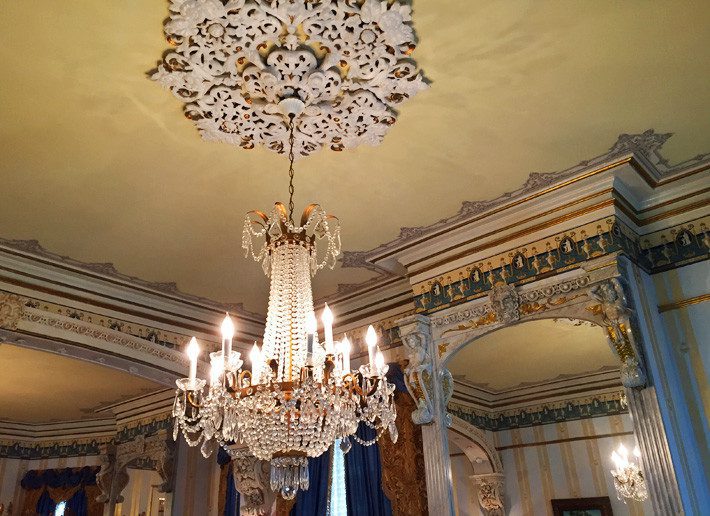 For lime plaster, each coat can take several days to set, and the final surface may take months to fully dry. For gypsum plaster, each coat can set in minutes and can dry in a matter of days. The considerable difference in drying times was a major influence in the switch from lime plaster to gypsum plaster in the first decades of the twentieth century. Plaster may contain exclusively lime or gypsum plaster, or sometimes both in varying proportions, depending on the application type and period of construction.

Lime plaster differs from gypsum in more than its longer drying time. Lime plaster possesses a greater degree of plasticity and permeability, making it less brittle and less susceptible to moisture damage than gypsum plaster. Gypsum plaster must be protected from sources of moisture, and be separated from structural brick walls and other exterior surfaces by an air gap as a moisture barrier. As a result, gypsum plaster also cannot be applied directly to masonry walls in manner than lime plaster can.

In addition to flat plaster walls, plaster can be used to create decorative elements, such as cornices, moldings, medallions, and various other ornament on the surface of walls and ceilings. Such decorations can be modeled in place, being built up with layers of lime-based plaster progressively shaped by hand or with templates. Alternatively, some decorative elements, such as a ceiling roundel could be cast in molds with faster setting gypsum plaster, and then affixed to a plaster surface with additional plaster. Similar techniques can be used to repair damaged architectural elements or used to create replacements for missing interior plaster ornaments.

The plaster interiors seen in this article are from the Minor Wisdom Federal Courthouse and the Antebellum Guesthouse on Esplanade Avenue, and the latter provides an illustrative case study for restoring historic plaster in a nineteenth century New Orleans home. Keith Teachout and his partner restored the plasterwork of the double parlor seen here in the process of rehabilitating their Italianate house, built by Anatole J. Forstall in the late 1830s, into a bed and breakfast. They patched the flat plaster walls themselves using lime plaster on wood lathe. Where missing or damaged, the historic plaster cornices were reconstructed by adding layer after layer of lime plaster and running a tool that shaped the profile to match the existing cornices. The archway in double parlor with its ornamental plaster brackets, egg-and-dart details, and Bacchus masks were laboriously repaired, with missing elements cast in gypsum plaster from molds made from suriving elements. In the images below, Keith demonstrates casting the relatively quick-setting gypsum-based plaster of Paris used for the replacement egg-and-dart details. For a missing ceiling medallion in the double parlor, they turned to a professional plaster, Jeff Poree, to create a reproduction; they were amazed to find that his family, who have worked as plasterers for generations in New Orleans, possessed the original molds for the historic plaster medallions!

Numerous problems with historic plaster walls and ornamental plaster can require conservation actions during the course of maintaining or renovating your historic home. Cracks can arise from structural issues or uneven settling of foundations. Moisture can cause plaster to destabilize, or allow invasive biological growth as rot. For walls with plaster directly applied on masonry, moisture can convey dissolved salts from the brick through the plaster to crystalize on the surface as effloresce. In general, you should address any structural or water-intrusion issues prior to plaster repairs, so the problem does not reoccur. Some patches will require new layers of plaster on reinforcing elements such as metal lath to provide additional stiffness, while others may require patching compound on mesh tape to allow a certain amount of flexibility were needed. Historic ornamental plaster features may need to be reattached with additional plaster or even specialized fasteners and adhesives.

In general, plaster should be patched with similar type plaster, such a lime-based plaster patch on a historic lime-based plaster exterior wall, or plaster with a comparable mixture of lime and gypsum for a patch on a historic plaster ceiling containing both substances, for instance. If a new layer of plaster is applied to existing layer that has a different plasticity in response to changes in temperature and humidity, then the patch can come loose or damage the underlying historic plaster. Further, gypsum based plaster’s susceptibility to damage by moisture also makes it incompatible with repairs for instances of historic exterior plaster in New Orleans, such as the many tombs in St. Louis Cemetery No. 2 that have brightly colored lime wash finished plaster-on-brick walls. These tombs have been extensively documented and ongoing repairs to them utilize not only lime-based plaster, but also lime mortar and pigmented lime wash rather than paint.

You should consult with experienced plasterer or conservation expert regarding the particular plaster formula and other specifics for repairs and renovations to historic plaster in your home. Highly trained plasters have been practicing their craft in New Orleans for more than two hundred years, and such skill craftsmen can be engaged to help restore your home to its original glory. 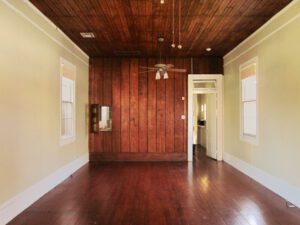 Your Historic Home: Barge Board