One of most distinctive and beloved features of many late nineteenth century homes in New Orleans are brackets. Often elaborately shaped and decorated, brackets are wood features that either support or appear to support over hanging roofs, especially over front porches. While brackets appear in Italianate houses in the mid-nineteenth century and arts and crafts-influenced buildings in the early twentieth century, the most characteristic and recognizable forms are seen supporting the overhanging roofs of single and double shotgun houses.

Wood brackets can be either structural, helping to support the roof above them, or ornamental, suspended from the roof framing above for visual effect. Many brackets have complex shapes and curves, involving prefabricated jigsaw and turned wood decorative elements. Some were made by local craftsmen, while others were ordered from mail order catalogs from local and national millwork suppliers. Once installed, they were often painted with multiple colors to highlight their various ornamental features. 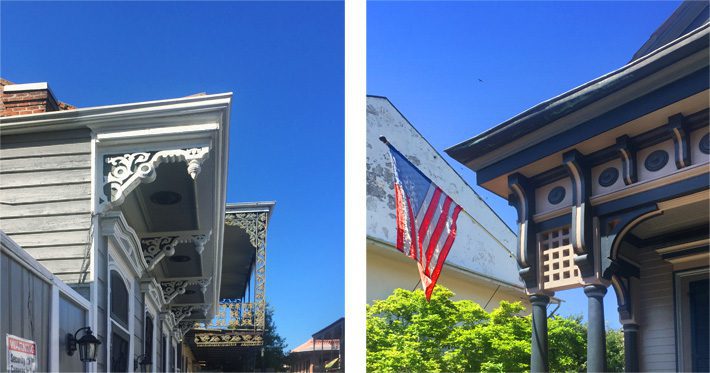 For many humble shotgun houses, brackets serve as the crowning ornamental feature of their front porches, so much so that some homes are referred to as being in the Bracket Style. The brackets usually support hip or gable-on-hip roofs, with four to five foot overhangs being most common. The brackets form part of the decorative scheme of these houses, which often had corner quoins, drop siding, and other decorative elements common to the Queen Anne and Italianate styles. In between the brackets, doors with transoms and full-length double-hung windows (guillotine windows) with decorative cap-molded cornices were commonly placed, both frequently having operable louvered shutters. Together the windows and brackets gave these shotguns their rhythm and sculpted feeling.

Sometimes a shotgun house will be missing one or more, or even all, of its brackets. If your shotgun has no brackets, and you suspect it may have had bracket in the post, you can confirm this by observing traces of past elements. There may “shadows” where the brackets used to be with fewer layers of paint, or crusts where paint built up at the seam between wall and the now-missing bracket. There may also regularly positioned holes in the siding or soffit indicating where nails or other fasteners held the brackets in place. Some home owners are fortunate enough to find that historic visual records exist of their home, such as watercolor paintings of properties put up for public auction, or old photographs held in public or private archives. Such visual records can document what a house originally looked like, including establishing the existence and style of any brackets.

New brackets can be fashioned to match existing brackets by a millshop with historic renovation experience. If all the brackets are missing, you may be able to purchase historic brackets that were removed from a demolished house at an architectural salvage yard, and have these installed at your house. Such work may require a certificate of appropriateness from the Vieux Carr Commission or Historic District Landmarks Commission if your property is considered a contributing structure within a historic district in New Orleans. You may need to document the existing brackets, or if your house is missing its brackets entirely, document either physical evidence or historic visual records that show that the house did indeed have brackets at one time. 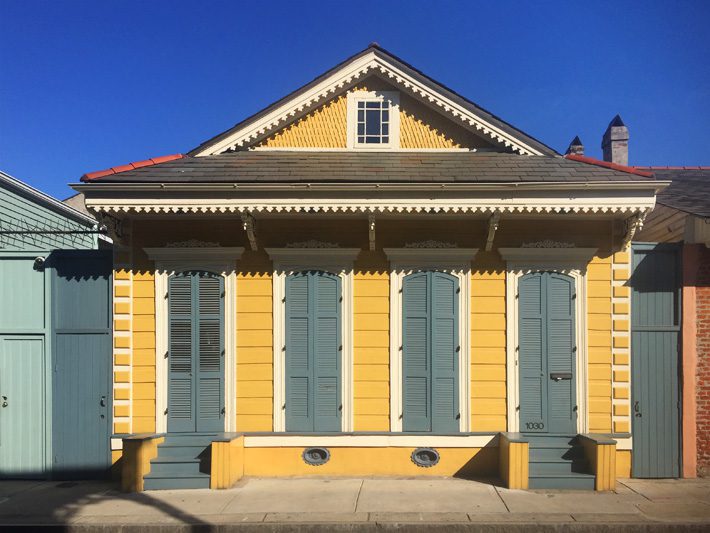 If you have existing brackets on your home, you will want to make sure they remain firmly attached to the roof and walls. The surface of all brackets on your house should have a sound layer of paint, to protect them from damage from the elements. Any necessary paint removal to reach a sound layer of paint should be done by hand to avoid damage to details, as mechanical sanders and other abrasive cleaning techniques may damage or unevenly wear decorative features. Painting your brackets in one or more contrasting colors can make them stand out as the bold decorative elements they were intended to be on your historic home.

See the following for more information: 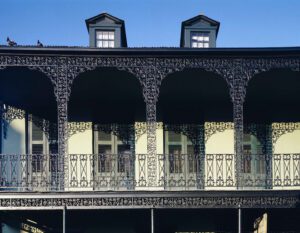